While many think college is no longer an option for them after a certain age, Miranda Rublaitus never gave up her dreams of college.

At 18, Miranda could not enroll in college due to financial circumstances. She dreamed of enrolling into veterinary school but says she could not afford it.

So, instead of starting college classes, Miranda moved from her small hometown in Louisiana to Houston and began her career in the pet industry. During her 17-year career, she became a small business owner.

“After working for so long in the pet industry and managing my own business, my hands began losing strength and I tried ignoring my body,” Miranda says. “Eventually, my whole body shut down and this time, I let life defeat me.”

Miranda says by nature, she is a go-getter and always moves with purpose.

“Cooped up in a house and accepting defeat was not my style, but I could not see how to move forward with my ailing body,” Miranda says.

To create a new path for herself, Miranda moved to Florida with her husband and enrolled in Valencia College.

“After 19 years of not being in school, I doubted myself and questioned if I was smart enough to succeed,” Miranda says.

In May of 2020, however, she reached a turning point. Miranda says watching George Floyd die made her realize her fears no longer seemed relevant.

“I knew I had to make a difference and I could not close the book on one day earning a higher education,” Miranda says. 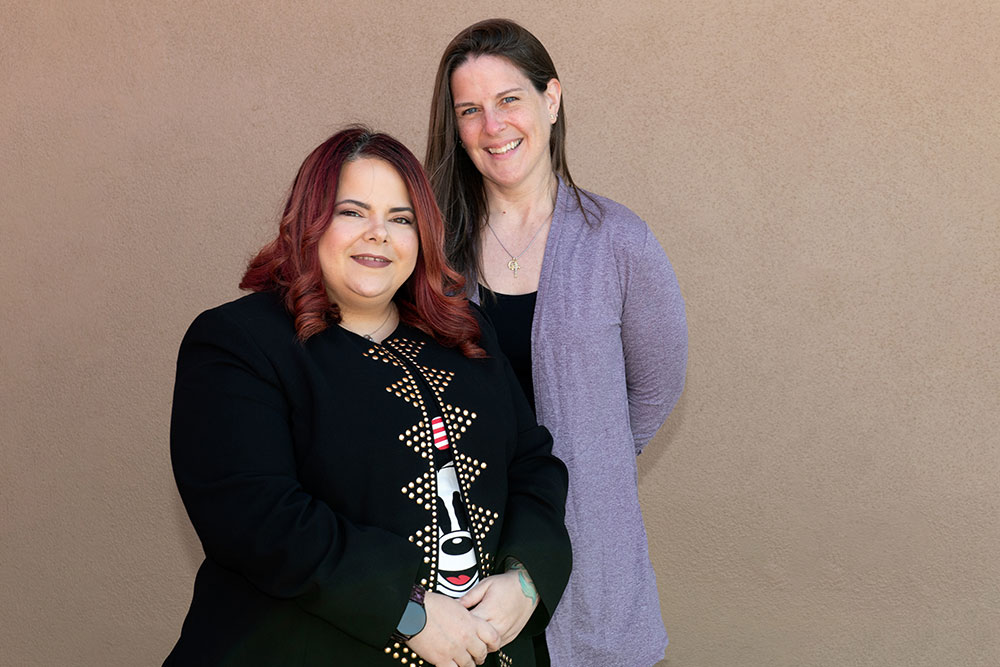 “I want to express how significant this moment was for me,” Miranda says. “You can get lost looking into different programs and I did not know where to start. Not only is data science perfect for me, but I found a program that could prepare me to make a substantial difference.”

Miranda speaks passionately of her interest in public policy in underrepresented and underserved communities.

“After seeing what is happening in the world, you realize there are so many people who need someone to fight for them,” Miranda says. “I will be that someone.”

The Student Government Association (SGA) at Osceola Campus opened a new avenue for Miranda and served as a space where she could learn, thrive, and make a difference.

Miranda says as much as she has accomplished and experienced in her 37 years prior to Valencia, she feels she grew just as much in her two years at the college.

Miranda worked in the Atlas lab, served as president of SGA, collaborated with Valencia administration, carried out research projects as a VECTOR scholar, participated in inclusion and equity committees, all while graduating with a Seneff Honors research track distinction.

She also interned with congressman Darren Soto while completing her degree.

“Valencia fosters the kind of community and environment where a scared 37-year-old woman, could achieve so much,” Miranda says.

Right after graduation, Miranda learned she’d won the prestigious Jack Kent Cooke Undergraduate Transfer Scholarship – which will provide up to $55,000 a year for tuition and living expenses as she completes her bachelor’s degree.

She got more good news in the coming weeks, when she learned that she’d been accepted into Yale University’s Eli Whitney Students Program. Each year, the Eli Whitney program selects a small number of nontraditional students to attend Yale. Students in the program come from a wide variety of backgrounds, and include military veterans, international students, and those who made the midlife choice to attend college.

Although she’s headed to Yale to finish her bachelor’s degree, Miranda already has plans for graduate school, where she hopes to collaborate with legislators who create laws and present data to unrepresented populations. “I want to create some good trouble,” Miranda says, quoting the late Congressman and civil rights leader, John Lewis.

She also has some advice for those wondering about college.

“The scariest moment is always just before you begin,” Miranda says. “Any student can truly do it BIG.”

At Valencia College, we work every day to create a level playing field for college students of all backgrounds, fashioning a college where every student can succeed. And our students continue to amaze and surprise us. Read more of their stories.